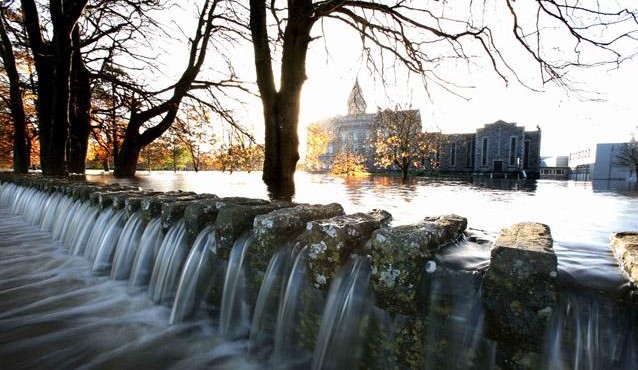 A total of €4.71 million in funding for the Ennis South flood relief scheme has been approved by the Office of Public Works.

Clare Fine Gael TD Joe Carey, who has been a long-time campaigner for the completion of the scheme, said that the money will be made available to Clare County Council when it addresses some technical aspects of the scheme.
Deputy Carey has been told that the scheme will involve extensive flood alleviation work to the St Flannan’s and Ballybeg streams in the Clonroadmore, Ballybeg and Clareabbey areas.
“There are some residual matters that require further consideration by the council and its consultants prior to implementation of the scheme. The offer of funding has been made on the basis that the council addresses and satisfies itself in relation to these matters prior to entering into any binding contractual commitments.
“I am now urging the council to address these technical issues so that construction work can get under way by the end of the year”, he said.
Responding to a parliamentary question from Deputy Carey last month, Public Expenditure Minister Paschal Donohue acknowledged that discussions relating to technical aspects of the scheme had impacted on progress but he expected that the OPW would be in contact with the Council before the end of July “in relation to the approval of funding for the scheme”.
The Minister’s response came a year after the Dáil was told that the project was delayed by negotiations between landowners and the local authority which took significantly longer than anticipated.
Welcoming confirmation that the funding was approved , Deputy Carey said: “Few will forget the sight of water pouring over the boundary wall at St. Flannan’s College in November 2009. Houses in estates off the Clare Road, Clonroadmore and Tobartaiscain were under several feet of water with devastating consequences for their owners.
“The St. Flannan’s and Ballybeg streams continue to pose serious flooding issues for householders in both Ennis and Clarecastle. Great credit is due to County Council outdoor staff who battle against the elements with pumps to keep houses and roads free of water but this is an unsustainable solution.
“It is essential that work starts on this important scheme before the Winter months. People have waited patiently since 2009 for this problem to be finally tackled”, he added.
Stating that the OPW had already made provision for the cost in its multi-annual capital programme, Deputy Carey said that the project would include an upgrade of the existing flood defence embankment between the Quin Road and the Clarecastle tidal barrage.
“The preferred option involves a very substantial upgrading of around 2 km of embankments, the construction of two 1.4 km culverts and a pump station.The culverts will extend from the St. Flannan’s and Ballybeg streams to the Clare Abbey flood plain, with associated overflow and outfall structure works”, he explained.