The €16 million support package earmarked for pubs and nightclubs as part of the Government’s stimulus package for the sector falls far short of what is needed, a Clare TD has said.

Deputy Joe Carey also urged the Government to proceed with plans to allow ‘wet’ pubs to reopen their door to the public before the end of the month.

The local Fine Gael TD spoke out in the Dáil on behalf of the local publicans, who he said provides the “focal point” for many communities in rural Clare.

But Deputy Carey added: “For the last six months these focal points have been closed. It is not possible to compare a super pub in Dublin with a rural pub in county Clare which is often the only place people can go for a pint, to meet with their friends, have a chat and have some social interaction.”

Deputy Carey urged the Government to follow best international practice to reopen pubs while ensuring the health and safety of customers and staff. “In many countries across Europe, including Italy and Spain, the pubs are open and have been so for months. We can learn from their experience and must do so. It is high time that we came up with a roadmap for the reopening of our pub sector,” he added.

The Clare TD said publicans’ livelihoods “have been stripped away”, adding: “We must reflect on that and respond to it. While a package was announced recently, it falls far short of what was expected.

“Publicans have families, they are sending their children back to school and to college. They have bills and mortgages to pay and they have to put food on the table – but their livelihoods have been taken away. They have borrowings and rent. They have to pay for insurance, public liability cover, health and safety compliance, fire safety certification, licensing fees, grounds maintenance as well as broadcasting and copyright fees.”

Deputy Carey urged the Government to “re-engage” with the Vintners’ Federation of Ireland and the Licensed Vintners Association and work closely with them to agree a new support package for publicans.

He said the “three strikes and you’re out” approach over a period of 30 days is “a reasonable approach”.

Deputy Carey added: “In the first instance, persuasion and education will be used. It is only on foot of continued contravention that any possible penalty will be served – the more serious penalties will only be served after continuous contravention.” 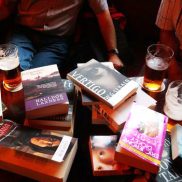 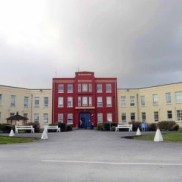