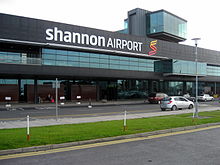 I believe the Steering Group and Taskforces responsible for a new Shannon Airport has both experience and expertise and made up of some of the best possible talent available to the Government.

In respect of County Clare, there is strong local involvement through persons such as Dr Vincent Cunnane, CEO of Shannon Development, Rose Hynes, Mary Considine, Director of Shannon Airport, and others.

The steering group has been asked to bring forward proposals on the separation of Shannon from the DAA, and to examine changed functions at Shannon Development, will also oversee the work of two task forces. One of these will be an Aviation Business Development Task Force and the other is a Change Management Task Force. Both of these will report to the Steering Group.

A Clare woman, Rose Hynes, will chair the Aviation Business Development Taskforce, and will look to maximise and identify aviation linked business opportunities at Shannon.

John Fitzgerald, who is a well-respected former Dublin City Manager and also chair of An Post, will look to put in place the proper structures, in respect of finance, human resources, IT and property to allow a new entity succeed.

The Steering Group is made of some of the most senior civil servants in the Country, drawn from the Department of Finance; Transport and Tourism; Jobs Enterprise and Innovation and other departments.

The calibre of persons who the Government has drawn together to oversee the next phase in the development of Shannon Airport reflects the seriousness of the situation at Shannon and the determination of Government to take decisive action. All those appointed by Government are hugely respected within their fields and bring decades of experience in the worlds of business, management, aviation, tourism and local government. The steering group has been given a short timeframe within which to report back to Government for final approval. I look forward to working with the steering group as a conduit between local concerns and opinions and Government. Quiet a lot of consultation has taken place with stakeholders to bring us to this point and we will continue to listen intently to these opinions in order to ensure that those local voices are heard during this process.

Chaired by Rose Hynes (former member of the senior management team of Guinness Peat Aviation (GPA) and of the boards of Aer Lingus Teo and Shannon Airport Authority and current chair of Bord Gáis Éireann).

Chaired by John Fitzgerald (former Dublin City Manager and current chair of the National Transport Authority, An Post and the Limerick Regeneration Project).