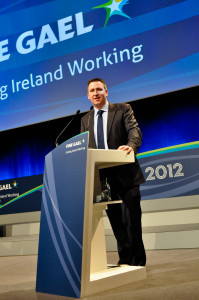 The big issues I worked on for the people of Clare over the past month had to do with capital grants for schools, and opportunities that exist for the Mid-West in tourism.

On the schools front, seven Clare schools received funding for both new schools and extensions. Some of these schools have been waiting over a decade for funding and were ignored during the so-called good times. At a time when budgets are stretched, it is an achievement that this Government will deliver for the schools in question, their students and the wider community. There were some disappointments and I was happy to be in a position to be able to clarify, following extensive contact between myself and the Department of Education, that funding for Quin National School is secure. I continue to work with other schools and there may be additions to the capital programme in the years ahead.

On the tourism front, I called many months ago for Clare County Council to prepare for The Gathering tourist event,
which I believe can bring substantial revenue into the county in 2013. I reiterated this call in recent weeks, through the media and through my website, Facebook and Twitter pages. I asked that a committee be set up to look at the ways the county can maximise revenue from this global event. Following the
successful visit of the Chinese Vice President to County Clare, I believe China is a tourist market we need to develop more. To this end, I asked the Minister for Tourism in the Dáil to devote more resources to this market, and
highlighted the work of Clare companies, such as GFS Ireland. I also asked that staff would be assigned in the Department of Foreign Affairs to make the Chinese people aware of our Short Term Visa Waiver Scheme. 70 million Chinese made foreign trips in 2011 representing an increase of 20% on the 2010 figure, so there’s massive growth in this market. I believe Ireland and County Clare is well placed to benefit from increased visits from the Chinese particularly as their Vice President visited Bunratty Castle and the Cliffs of Moher having used Shannon Airport to gain access to our shores.

On the political front, the Mahon Tribunal cast a dark shadow over politics. I believe the conduct of some politicians has sullied the offices they held and betrayed the trust put in them by their electorate over a sustained period. All over the world stories about Ireland with words like “corruption” in the headlines ran in major newspapers, making it harder for this Government to attract foreign direct invest and help sustain jobs. I believe questions still remain over the ways former Government Ministers sought to obstruct the workings of the Tribunal. It cost a large amount of money – but had everyone co-operated and told the Tribunal about their finances honestly, then it would have concluded a lot sooner.

I was also delighted to attend the first Fine Gael Ard Fheis since we were elected to Government with a large Clare contingent travelling to Dublin for the event.