The Government confirmed an extra €48 million in support for next year in addition to those already announced in Budget 2021.

As part of the funding, Shannon and Cork airports will receive an extra €22.1 million under the Regional State Airports Programme, consisting of €15 million in current funding and a further €6.5 million in capital funding for 2021. This is on top of the €10 million in supports for the two airports announced in the Budget.

Deputy Carey, who is chairperson of the all-party Shannon Airport Oireachtas Group, welcomed the funding – describing it as a “lifeline” for the airport and the first major step in helping to restore connectivity to Shannon and the region.

The local Fine Gael TD said: “I welcome the Government’s action and the provision of this vital operational capital funding. After several difficult months this – on top of the introduction of the EU ‘traffic light’ system for air travel, makes this a very positive week for Shannon.

“I also welcome the €20 million provided under the Airport Charges Rebate Scheme. This was one of the recommendations made by the Task Force for Aviation Recovery and will support the retention of core connectivity throughout the winter season.”

Transport Minister Eamon Ryan said: “The Government is fully alert to the devastating impact of the global pandemic on international travel and values the critical role that Aviation plays in the Irish economy.

“It is expected that it may be some time before it is possible to permit a large scale return to air travel, but we remain committed to ensuring that the aviation sector can maintain the necessary core capability to retain strategic connectivity and to quickly rebound when circumstances allow. “

In addition to the general Covid-19 supports, such as the wage support scheme, and targeted aviation funding already committed in Budget 2021, I welcome the fact that the Government today approved this department’s proposal for an additional €48 million funding for the sector,  focusing in particular on Cork and Shannon and our smaller regional airports which are important contributors to the economics of their regions.” 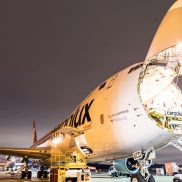 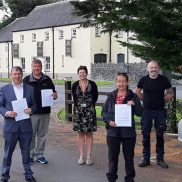