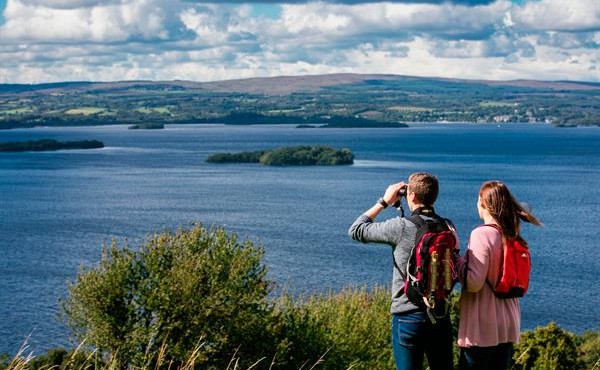 The provision of almost €500,000 to upgrade the Lough Derg Blueway will give a significant boost to tourism in East Clare.

That’s according to Clare Fine Gael TD Joe Carey who said that the funding from the Outdoor Recreation Infrastructure Scheme will enable local enterprises take advantage of a significant increase in recreational tourism.

“€498,000 has been allocated to provide a five kilometre pathway along the verge of the R465 from Bealkelly outside Ogonnelloe to Tuamgraney. The overall cost of the project, which forms part of the Lough Derg Blueway amenity trail and looped walks, is €622,500,” Deputy Carey confirmed.

The Lough Derg Blueway is one of 18 strategic projects throughout the country that have been approved for a share of the €8.14 million scheme.

“As Chairman of the Oireachtas Committee on Rural and Community Development, I firmly believe that the continued development of our recreational infrastructure will not only support Ireland’s rural tourism potential, but will also provide a diverse range of recreation options for local communities,” he explained.

“Around €30 million has now been allocated to more than 500 projects under this scheme since 2016 to improve walking trails, greenways and other recreational amenities for communities and visitors all over Ireland.

“Figures from Fáilte Ireland show that in 2014, close to 1.2 million visitors to Ireland took part in hiking or cross country walking. These activity tourists spent in the region of €915 million in the Irish economy during their stay.

“Similar statistics reveal that 286,000 visitors took part in cycling activities with a related spend of some €268 million. These two sectors combined generated revenue for the Irish economy in the region of €1.2 billion in 2014.

“I am confident that the inclusion of the Lough Derg Blueway in the latest round of funding will enable tourism operators in East Clare to take advantage of this going international market,” Deputy Carey concluded.