CLARE Fine Gael TD Joe Carey has stated that an increased allocation of more than €1.2 million from the Local Improvement Scheme (LIS) will result in improved access to rural homes, farms and outdoor amenities all over the county  this year.

Welcoming the Government decision to double the funding available to the LIS to €22 million, Deputy Carey said it would see a major increase in the allocation to County Clare and deliver another element of the Government’s ambitious rural development policy.

“Along with the €582,690 already delivered in April, a further €655,325 will be allocated from the Department of Rural and Community Development to schemes in Clare during August. Clare County Council has consulted with local residents and landowners to identify road and laneway projects where works could start immediately and be completed this year,” Deputy Carey explained.

“The funding provided by the Department will be complemented by a local financial contribution from landowners and households. There is a ceiling of €1,200 on the amount that any individual householder or landowner will be asked to contribute towards the cost.

“The scheme provides substantial grant aid for the upgrade of these routes and assists homeowners with the costs. In many cases where there are multiple homes on a lane, neighbours will work together to draw down funding under the scheme.

“Fine Gael is working to build stronger, safer communities and we want to see more people living, working and raising a family in our rural communities throughout the country. We will continue to fight for rural homeowners in Clare and make the case for further increases in funding.

“This round of allocations is based on the level of works local authorities have indicated they can deliver under the scheme by the end of this year following engagement with local residents and landowners.

“The LIS was reintroduced in September 2017 and over €80 million has already been provided for works delivering improvements on over 3,000 roads which in turn benefitted over 13,000 local residents and landowners. The additional funding announced this year will bring that total to over €100 million,” Deputy Carey concluded. 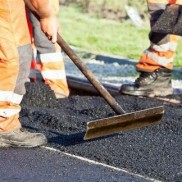 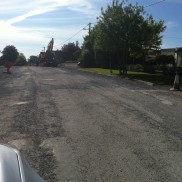