There has been a significant increase in the number of Clare people benefitting from dental, optical and aural services over the past year since the treatment benefit scheme operated by the Department of Social Protection was extended to include self-employed people.

During a recent Dáil debate, Clare Fine Gael TD Joe Carey said that there was higher than anticipated expenditure on the treatment benefit scheme because more people had availed of the services it provided.

He was aware that there had been a significant increase in the number of claimants in County Clare and he attributed this to the fact that the scheme had been extended to include people who were self-employed.

He asked Social Protection Minister Regina Doherty if the Department had examined the numbers involved and if she foresaw a greater take-up in the coming years?

Minister Doherty said that the Department had increased the allocation for treatment benefits this year and allowed both the self-employed and employees to claim under this scheme.

“We expected the uptake to increase, but never to the level received. This is good, as it means that people perceive this scheme as a genuine benefit.

“When people think about their social insurance contribution, all they think about is the pension that comes when they reach 66 years, which in their case is donkey’s years away.

“We wish to instil the value of the social insurance contribution and treatment benefits are one clear way that resonates with the people and there has been a significant increase in the number of applications this year,” Minister Doherty explained. 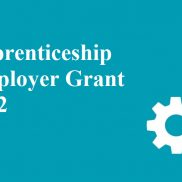