New Anti-Crime and Burglary Plans to tackle Crime in Clare

A new Anti-Crime and Burglary response by An Garda Síochána, named Operation Thor, will help tackle crime in Clare. This new plan will be backed up by increased Government investment of €5 million, a tougher law on sentences and stricter bail for repeat offenders.

While operational planning is a matter solely for the Garda Commissioner, this new operation delivers on increased investment in policing by this Government to tackle burglaries and related crime.”

Operation Thor is aimed at tackling burglars, organised crime gangs and prolific offenders as well as working with communities to prevent crime.  The key elements include:

•   The use of new high powered vehicles by the armed Regional Response Units;

•   A high-profile national crime prevention awareness campaign to be launched later this month;

Burglaries have a terrible and unacceptable impact on families and communities nationwide, both urban and rural.

Fine Gael’s response to crime is focused: investing in more Gardaí and vehicles and strengthening the law to crack down on serious and repeat offenders.  “Fine Gael in Government has reopened Templemore, with 1,150 Gardaí being recruited. We have invested over €34 million in new Garda vehicles since 2012 with over 640 new vehicles in 2015, ranging from more Garda patrol cars to high-powered vehicles for armed units. This will ensure Gardaí can be mobile, visible and responsive, on the roads and in the community.

We are also investing in airborne surveillance and enhanced technology and ICT systems.

Over €5 million is being committed to support Operation Thor. This includes funding for Garda overtime to support a combination of additional patrols, checkpoints, rapid armed response and public awareness measures. 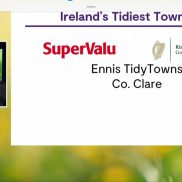