Number of People on Trolleys At Ennis Hospital Down by 83% 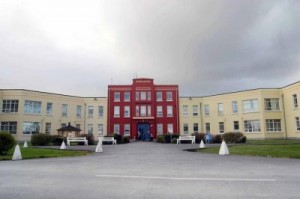 I’m very pleased to confirm that the number of people waiting on trolleys at the Mid-Western Regional Hospital in Ennis has been reduced by an incredible 83%, thanks to initiatives undertaken by the Special Delivery Unit (SDU) over the winter months.

I have been provided with a regional breakdown of figures, which show that between January 3rd and 25th of this year there were a total of 19 people waiting on trolleys at the Mid-Western Regional Hospital; that’s a drop of 83% compared to the figures for the same period in 2011, when a total of 112 people waited on trolleys.

This is a massive improvement by any measure, and it is clear evidence that the Government is already delivering major reforms within our health service, despite a very difficult environment of economic cutbacks. The SDU was established by Minister for Health, James Reilly, last June to address the issue of overcrowding in emergency departments around the country. As these figures for Ennis demonstrate, the SDU is producing tangible improvements in how hospitals provide care and manage the inflow of patients, particularly at peak times of the year.

These encouraging local figures have been replicated at a national level; the total number of people waiting on trolleys in hospitals across the country for the first 16 days of January 2012 was 27% lower than the same period last year.

Further progress is being made when it comes to scheduled care. Ninety-five per cent of hospitals have met the target of ensuring no patient is waiting more than 12 months for elective surgery. This accounts for 41 hospitals; the figure for 2010 was just 28 hospitals.

The success of the SDU to date will be further built on over the coming year, with more ambitious targets than before. It will aim to ensure that 95% of patients will be discharged or admitted within six hours of registration at an emergency department. We also want to ensure no one is waiting nine months or more for planned surgery and further targets will be set to improve access to outpatient and diagnostic services.

I would like to commend the local hospital management and staff at Ennis Hospital for their work in delivering such impressive results over the last year. I look forward to further positive developments within our health service in 2012.