Process begins to put Shannon Airport on the right footing

I strongly welcomed the announcement from Minister Leo Varadkar that consultants have been appointed to examine the various options of ownership and operation which will work in the best interests of Shannon Airport.

In recent months, I have been pushing the new Government to focus strongly on Shannon Airport and its future and have consulted both within County Clare, the Mid West Region and also widely with Government colleagues on the best way forward for the airport.
My belief is that the current business model at Shannon is not serving the airport, or indeed the Mid-West region, well.

While welcoming the work done by Government which helped secure funding which later paved the way for the signing of a Heads of Agreement with Lynx for a major Cargo Facility, post open skies Shannon has suffered from political neglect and lack of a coherent and long term business plan.

I want to welcome Minister Varadkar’s announcement that a study of the various options on the future ownership and operation of Shannon Airport will now take place. The consultants, Booz & Company, are tasked with reporting back to the Minister later this year.

It is now the duty of all stakeholders in the region to use this opportunity to have their input into the future direction of Shannon Airport. I have been advocating this approach for some time and am looking forward to presenting the consultants with a submission which I have worked on for the past number of months following a process of engagement  with business, tourist and political interests in the region.

Minister Varadkar is to be congratulated for listening to the concerns and ambitions expressed by myself and others in the Mid-West in relation to Shannon. Everyone here can see that Shannon is under-performing and its decline is having a major effect on the ability of the Mid-West to recover economically. A healthy Shannon means a healthy Mid-West.

For far too long Shannon Airport has been on a spiral of decline. The governance model is not working. Currently, there is no coherent long term plan which anyone can point to which maps a way forward for the airport.  This will be a short, professional and expert review conducted with a view to putting a proper plan in place and analysing what the best way forward for Shannon is.

We in the Mid West Region need to grasp this opportunity with both hands and in so doing change the fortunes of our Airport for the better. 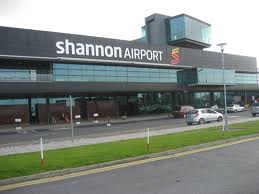