Sinn Fein has no housing plan 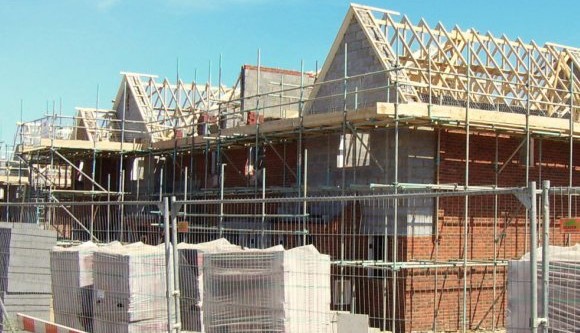 Sinn Féin is preoccupied with publicity stunts and has no housing policies or plan for the country, Clare Fine Gael TD Joe Carey has said.

Ahead of a no confidence motion in Housing Minister Eoghan Murphy proposed by the Sinn Féin party, Deputy Carey said: “Mary Lou McDonald’s party has spent months playing bad politics and talking about a motion of no confidence in my party colleague.

“Sinn Féin’s primary aim is to garner attention and headlines for themselves and the motion proves that. It is totally devoid of solutions and will not take a single person off our streets, out of emergency accommodation or into a permanent home. The publicity stunt offers nothing constructive.

“Given that we have a minority Government, Sinn Féin could have spent all this wasted time getting support from the Oireachtas for their housing plan. They did not because they do not have a plan.

In Clare the number of completed newly built homes increased by 373 since the beginning of 2017.The number of new homes granted planning permission in the county in the same period was 533. Commencement notices were submitted for 392 homes.

309 new social housing homes have been delivered through build, acquisition and long term leasing in Clare.

Since the beginning of last year, 632 households in Clare have been supported through HAP and RAS.There are currently 34 social houses on site in Clare and a further 145 social houses going through various states of approval.

“Meanwhile, Fine Gael’s focus remains on delivery and solutions, to ensure every person and family who needs a home will get one. The Land Development Agency (LDA), with €1.25 billion behind it, is a step change in the Government’s involvement in the housing market,” Deputy Carey said.

The LDA will build 150,000 new homes over the next 20 years, the next step of Project Ireland 2040.The new agency has an immediate focus on managing the State’s own lands to develop new homes, and regenerate under-utilised sites.

In the longer-term it will assemble strategic landbanks from a mix of public and private lands, making these available for housing in a controlled manner which brings essential long-term stability to the Irish housing market.

“There is no magical solution for supply but all the trend indicators show that targeted interventions under the Government’s ‘Rebuilding Ireland’ plan are beginning to work.

“By May of this year, commencement notices for over 18,000 new homes were submitted; an annual increase of 18%.

“817 unfinished homes were completed and 2,559 homes that were vacant for at least 2 years were brought back into use in the year to the end of June 2018 also.

“Increasing new builds, tackling unfinished estates and bringing vacant homes back into use are all targeted as priorities in Rebuilding Ireland so it is very positive to see that we are continuing to make significant progress in these areas. These are not just facts and figures. Each new build, and each vacant unit brought back to use, represents a home for someone who needs it, a new start and a brighter future.” Deputy Carey said.