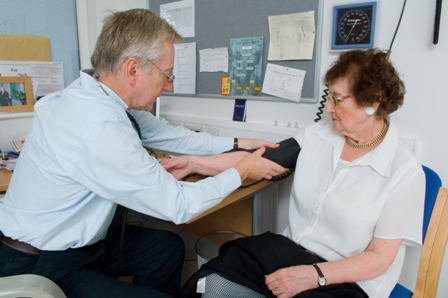 Offering state-paid salaries to family doctors if they move to rural areas could ensure that every community in Clare will have access to its own GP, according to Clare Fine Gael TD Joe Carey.

“Health Minister Simon Harris has stated that he will make the offer when talks on new GP contracts begin in November. It is possible that state-paid posts could be in place as soon as next year in areas of Clare where there are no GP practices,” Deputy Carey explained.

“There are always going to be areas where it may not be viable to maintain a GP practice, but where the service is needed. The existing private practice model means these communities are being ignored and this should not be allowed continue.

The Clare TD said that there has also been a significant improvement in the situation regarding rural doctors in existing practices with a €10 million package that came into effect last May doubling the number of GPs qualifying for the rural practice allowance to more than 300.

The allowance itself was increased to €20,000 from €16,216 and the scheme was extended from single-doctor practices to partnership and group practices.

Restrictions requiring doctors to live in the area of their practice was also removed and GPs can now live within a reasonable distance of their place of work.

There has also been a significant improvement in the number of rural practices where there were difficulties filling vacancies.

“The HSE had 2,000 contracts with GPs in 2009. Yet, despite the massive financial challenges faced by the Government, the number of contracts had increased to 2,400 by 2015.

“Last January, there were 15 out of a national total of 2,400 general medical services GP practices without a permanent doctor. Only five of those 15 vacancies were in rural areas.

“Recent developments show that we have been working quietly and effectively in addressing the problems facing rural areas. There is a lot still to be done but I am fully committed to ensuring that Clare’s rural towns and villages are areas where economic activity can flourish and people can live and work in their local communities,” Deputy Carey concluded.