I am both thrilled and honoured to have been chosen once again by the people of County Clare to be their voice in Dáil Éireann. This was a hard fought election, with an impressive calibre of candidates. The electorate engaged very strongly on the doorstep. People wanted change and reform. They wanted constructive policies aimed at kick-starting the economic revival of County Clare. The policies and vision of Fine Gael made a real connection with people.

Everywhere I went, throughout the County, we were met with a positive reaction. Everywhere too I heard about the human impact the economic policies of the last administration were having on the people of County Clare. Many expressed hopelessness and fear, particularly in relation to the younger generation who are being forced to leave our shores. We in Fine Gael will make job creation our number priority in Government.

I am delighted that my personal vote in this election has increased significantly from 2007. This is recognition of the work I have done in the past three years on behalf of this County. My vote is an acknowledgement of the strong campaign which my team of workers and the Fine Gael organisation put in place. I want to pay tribute to my family and friends and supporters, to my staff and all those who engaged with our campaign by canvassing, putting up posters and dropping leaflets. I am thrilled that Fine Gael have maintained our two seats in the County and wish to congratulate my party colleague Pat Breen. Congratulations are also due to Cllr. Tony Mulcahy, who put in a very strong showing and can be hugely proud of his achievement.

The people of County Clare have put their faith in me once again and I want to repay that faith in Government. Rebuilding the Banner starts from this week with the formation of a new stable Government with the mandate to restore faith and confidence in Ireland once again. The real work starts here. 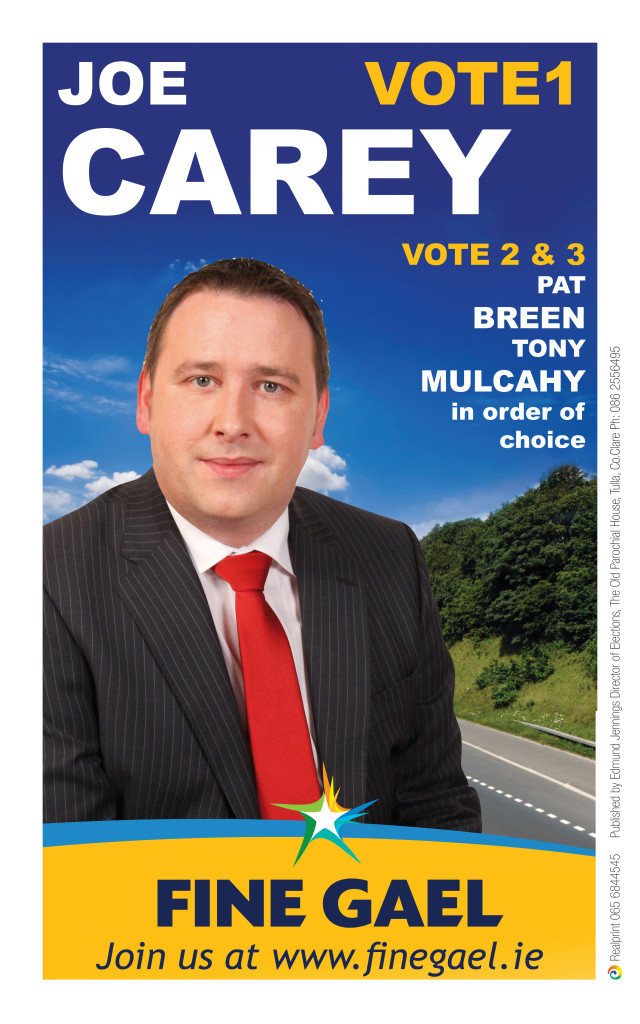