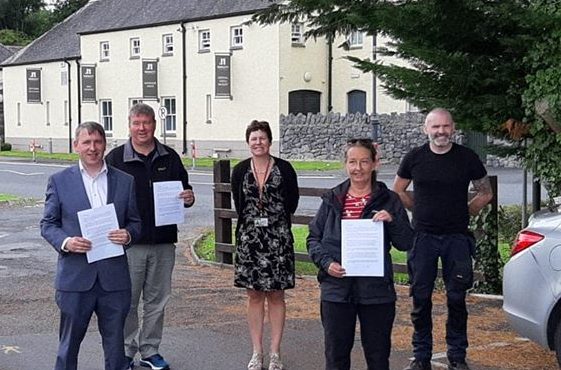 The possibility of transferring Shannon Heritage sites under the control of the local authority or the Office of Public Works must be “explored and supported”, Clare TD Joe Carey said.

Deputy Carey spoke out after he received confirmation that the Government is to carry out a review of the Shannon Group, which currently operates the heritage sites.

Bunratty Castle & Folk Park and St John’s Castle in Limerick have reopened after the lockdown but are due to close again at the end of August. Other key sites such as Craggaunowen Castle, Knappogue Castle and Dunguaire Castle have not reopened, which has created great uncertainty among Shannon Heritage employees.

Speaking after he met with Shannon Heritage workers yesterday, Deputy Carey called on the Shannon Group to make a formal application for further supports to enable the heritage sites to reopen on a year-round basis.

The local Fine Gael TD said: “I have raised this in the Dáil on several occasions – including last week – and I’m glad that my colleague, the Minister of State Hildegarde Naughton, has confirmed that there will be a review into the Shannon Group. I also recently met with my party leader, Tánaiste and Minister for Enterprise, Leo Varadkar, who has indicated to me a stimulus package will be made available to the airport.

“In my view the Shannon Group has a moral obligation to keep all the heritage sites open. These attractions and the employment they provide are vital to the economic well-being of Clare and the entire Mid-West region. They support local businesses and will have a hugely important role to play in helping to kickstart a decimated tourism and hospitality sector.

“The Temporary Wage Subsidy Scheme (TWSS) will be extended again, and this must be taken into account by the Shannon Group.”

Deputy Carey, along with fellow TD Kieran O’Donnell, Senator Martin Conway and councillors John Crowe and Pat Burke, met with around 30 Shannon Heritage workers outside Bunratty yesterday to listen to their concerns.

Speaking after the meeting, Deputy Carey said the transfer of Shannon Heritage sites to Clare County Council or the Office of Public Works “should be explored and supported”. He also called for consideration to be given to allow Shannon Heritage to run and operate the sites independently.

The Clare TD was recently elected chair of the Shannon Airport Oireachtas Group, which he convened to bring all Oireachtas members in Clare, Limerick and Tipperary together to support the airport. The all-party group is due to meet with the CEO and chairperson of the Shannon Group again this Friday.

Meanwhile, Deputy Carey has also called for a more balanced regional aviation policy to safeguard Shannon Airport and to stop “the galloping, runaway horse that is Dublin Airport”.

He added: “Dublin Airport now has an effective monopoly on air travel into our country. I have strongly raised this issue with Minister Naughton, who is from the west of Ireland, in the Dáil and will continue to fight for a more balanced aviation policy that serves the needs of the entire country, and not just the capital.

“A very congested Dublin Airport is not good for the country: we must do everything we can to spread passengers out to Shannon and other airports in the post-Covid era to ensure the recovery is felt by all.” 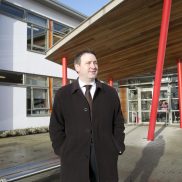 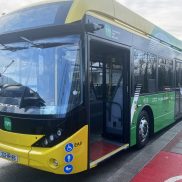 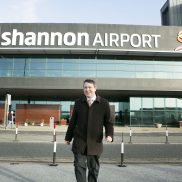