The Limerick hub will provide fully staffed and equipped operating theatres in a new modular building or a retrofitted commercial/retail centre.

“It will be separate from the existing emergency services, so it will be kept free for patients awaiting scheduled care, thereby reducing the risk of short-notice cancellations when the healthcare system is under pressure,” Deputy Carey explained.

The idea is based on the Reeves Centre in Tallaght University Hospital, which saw a retail unit separate to the hospital converted into a hub for day surgeries.

“This single initiative has cut waiting lists for certain procedures by as much as 90 per cent,” the Clare TD said.

“The decision to extend the concept to Limerick, Waterford, Cork, Galway and Dublin follows cabinet approval for a €100 million plan to deal with the backlog in planned operations across the health service.

“The  new surgical hubs will be designed to carry out hundreds of thousands of procedures annually and the overall intention is to ensure that nobody is waiting longer than three months for day procedures, once they are assessed as clinically suitable.

“Although this is a very positive development, I will continue to press for the Limerick hub to be fully operation within a 12 to 18 month timeframe, as indicated by Health Minister Stephen Donnelly.

“I will also be asking him to include the Mid West in his proposals to provide elective-only hospitals in Cork and Galway.

“The Taoiseach has already spoken of the need for such a facility in the Mid West and I will do all in my power to convince the Minister  that he needs to revisit his plan as a matter of urgency,” Deputy Carey concluded.

PHOTO: Section of the Reeves Day Surgery Hub in Tallaght which will be replicated in Limerick. 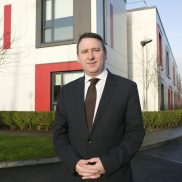 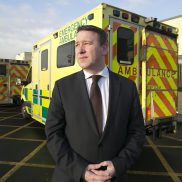