An overall investment of €1.2 million will bring a new lease of life to Newmarket on Fergus and create employment opportunities for young people in the food industry, Clare Fine Gael TD Joe Carey has said.

Confirming that an application for €500,000 in LEADER funding has been approved for the Tradaree Food Hub project operated by Obair Newmarket on Fergus, Deputy Carey said that this would be matched by €300,000 from the group’s own resources; €200,000 from the Tomar Trust and €200,000 from the Government’s Town and Village Renewal Scheme.

Deputy Carey said that the project would include the redevelopment of a landmark building on the Main Street, formerly known as the Tradree Arms, into a kitchen training unit for chefs together with a production unit for an enhanced meals on wheels service operated by Obair in the South Clare area.

He paid tribute to the Clare Local Development Company (CLDC) who worked closely with Obair Newmarket On Fergus in securing a significant share of the funding needed for the project.

“Although unsuccessful in securing funding under the Rural Regeneration and Development Fund, CLDC put an alternative plan in place to deliver this critical funding which is a game-changer for the community of Newmarket on Fergus.

“It will transform a derelict building into a hub of activity by providing 16 training spaces for chefs. It will also incorporate a Food Hub for start-up indigenous food producers; an expanded Meals on Wheels operation as well as an alcohol and drug free recreational space for young people in the area.

“This is a very exciting project that has been driven by an exceptional group of people. It is jobs rich and makes absolute sense. I am delighted to have helped secure funding to back up the hard work of the Obair organisation represented so ably by the likes of Pat Cronin, Siobhan O’Driscoll, Orla Meehan and John Quinlivan”.

Deputy Carey explained that the LEADER funding, promoted by the Clare Local Development Company, is divided into three tranches.

“€200,000 will go towards the development of four food production hubs and a training facility for product development and up-skilling. The aim is to give small food producers the opportunity to train, research and start their own businesses. Obair uses the food cloud service and engages a big team of volunteers to provide an excellent service. Without the new building it will be difficult to maintain the current level of service.

“A further €200,000 will help develop the Tradaree Youth Space and Training Facility. This will involve the refurbishment of an outhouse and half a training unit to provide an alcohol and drug-free recreation area.

The final €100,000 allocation from LEADER will go towards the Tradaree Community Development Project which will incorporate a production kitchen and bakery for the South Clare meals on wheels service as well as community outreach space for the Newmarket on Fergus area. This phase of the development will include office space and rooms that will be rented out to public sector agencies and charitable organisations.

Deputy Carey said that a notable aspect of the project was that it has benefitted from a €200,000 grant from the Tomar Trust, a philanthropic initiative established by Cork businessman Tom Cavanagh. The Trust is committed to investing in rural Ireland by helping to build strong communities and addressing some of the big issues facing Irish society.

This follows a €200,000 allocation from the Government’s Town and Village Renewal Scheme in October 2017which will go towards fitting out the new facility. 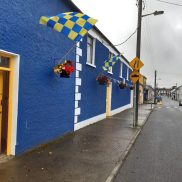 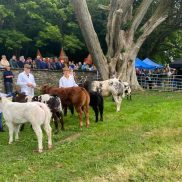 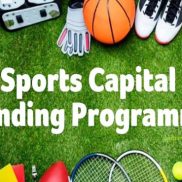