Real and sustainable progress is being made for rural communities in Clare through the Action Plan for Rural Development, according to Clare Fine Gael TD Joe Carey

Commenting on the interim progress report on the Government’s action plan for rural development., Deputy Carey said it included 276 actions for the delivery across Government, State agencies and other bodies over the next three years to support the economic and social progress of rural Ireland.

“Each action has been assigned to a lead body which will be responsible for implementation of the action within a definite timescale.

He said that the key achievements since the Action Plan was launched include:

“Work is well underway across Government departments and agencies to deliver on the projects contained in the Action Plan for Rural Development. This will make a real difference to people who live and work in rural communities here in Clare. This interim report shows that real progress is already being made across rural Ireland.

“New funding schemes, such as the Town and Village Renewal Scheme, are ensuring that money is going directly to the small rural communities that need it most. The CLÁR programme, which was closed by Fianna Fáil, has also been reopened and is in operation again next year, targeting the most vulnerable rural communities. As evidenced in this report, progress is also being made on broadband, which is such a key issue for rural communities.

“This is the first time ever that a cross Government, co-ordinated plan has been developed with the specific aim of revitalising and supporting rural communities. Real progress is already being made and Fine Gael will ensure that this momentum continues for the benefit of rural communities nationwide,” Deputy Carey concluded. 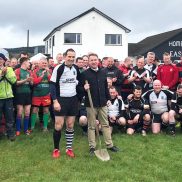 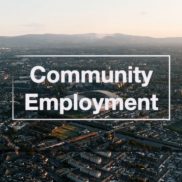