MORE than €480,000 has been awarded to ten projects in County Clare under the latest round of allocations from the CLÁR programme to help develop local facilities and amenities in rural areas.

According to Clare Fine Gael TD Joe Carey, the funding is a practical recognition of the work being carried out in providing access to sport and recreation activities in communities outside the major centres of population.

“The importance of the CLÁR programme in fostering community involvement has been recognised by Rural and Community Development Minister Heather Humphreys who increased its overall funding by more than 25 per cent to €7million this year,” Deputy Carey explained.

“Multi-Use Gaming Areas (MUGAs) and astro-turf facilities were eligible under the first phase of this year’s CLÁR programme which is administered at local level by Clare County Council. A condition of the scheme is that any facilities funded on school grounds must be open to the public outside of school hours”, Deputy Carey explained.

“It is significant that eight Clare projects qualified for the maximum grant of €50,000. They include the Kilmaley community walkway; the Lissycasey running track; the Kilkeedy community playground; improvements to the car park at Scoil Mhuire, Lahinch; the provision of multi-use games area at Kilfenora National School; a public walkway around the astro turf pitch at Kilmihil People’s Park, surfacing and lighting of car park at Tulla GAA Club and the provision of a multi-use astro turf facility at the Crusheen Sports Arena and Community Hub.

“Funding of €45,716 was allocated for the enhancement of facilities at the playground in Kilkee and €35,753 for safety works at the Scariff Rugby Club car park”.

“This particular allocation typifies the enterprising spirit that underpinned many of the Clare projects as it is designed to enhance a marvellous community facility that Scariff RFC is providing for the broader East Clare area.

“An estimated investment of €300,000 has already provided a 40x20m state-of-the-art 4G pitch, while a seated area overlooking the main pitch has been incorporated into the project. 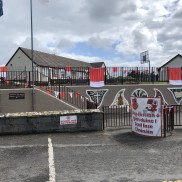 Clare projects benefit from latest round of CLÁR funding 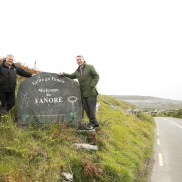 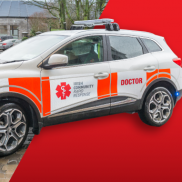