Reasons for Ó Céidigh’s resignation need to be established

A DETAILED analysis should be undertaken to establish the reasons why Pádraig Ó Céidigh resigned as chairperson of the Shannon Group before a recruitment campaign gets under way to appoint his successor.

“Mr Ó Céidigh rolled up his sleeves and in a post-pandemic world we have seen transatlantic services restored and the restoration of the vital hub at Heathrow. Ryanair services have multiplied. Indeed, the summer schedule in Shannon boasts 26 destinations with 108 weekly departures. He has done a wonderful job. It is going to be hard to replace somebody of the calibre of Pádraig Ó Céidigh as chairperson.

“Prior to a new recruitment campaign starting, I ask that a detailed analysis be undertaken to establish the reasons he stood down as chairperson. That analysis must be looked at, considered and acted on before a new recruitment process is started,” Deputy Carey said.

Responding to the Clare TD’s request, Finance Minister Paschal Donohoe said that Deputy Carey’s support of, and work for, Shannon Airport and the Shannon Group was well known to him and to all in the Shannon Group and in the airport.

“I acknowledge the massive progress the airport has made after a very difficult 2020 and 2021, with services and transatlantic access very positive news. Of course, for any group to lose a person of the calibre of Mr Ó Céidigh is a regret.

“It is a pity he is not going to be in a position to continue with that work on behalf of the Shannon Group. I understand that the reason he made the decision was the amount of time he needed to put into the role and it not being consistent with all the other commitments he has currently.

“Yes, of course we will look at what is the proper specification of this role. The Department of Transport along with the Public Appointments Service will work hard to try to get a person of similar calibre to Mr Ó Céidigh,” Mr Donohoe added. 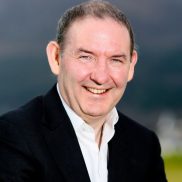 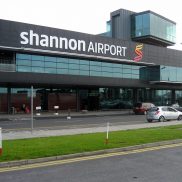 Ryanair’s decision to pull out of Shannon ‘another blow’ for the airport and region: Deputy Joe Carey 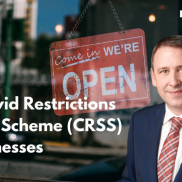